We’re now in the final week of the 2018 Session. I want to provide another update on notable legislation and events in Richmond from last week.

SB 966, which is identical to HB 1558, is on the Governor’s desk awaiting his signature. These bills contain the pilot program which guarantees that the proposed Haymarket power lines are buried. HB 1558 will be sent to the Governor later this week. The Governor has until Friday, March 9th to sign SB 966.

HB 1539, which is similar to SB 856, passed both the House and Senate, but requires further discussion to ensure we reach a bipartisan agreement. A conference committee of Senators and Delegates has been formed, and I am happy to be one of the conferees. I am optimistic that the conference committee will be able to reach an agreement that includes significant reforms and additional funding for Metro with no tax increases.

My HB 1469 has advanced to the Senate floor after being unanimously reported from the Finance Committee. This legislation would classify overdose deaths facilitated by drug distributors as second degree murder, and would be an important step in helping to eradicate the opioid epidemic in Virginia. I want to thank Fairfax County Board of Supervisor Pat Herrity for bringing this proposal to my attention.

Below are photos highlighting some of my visitors from last week. 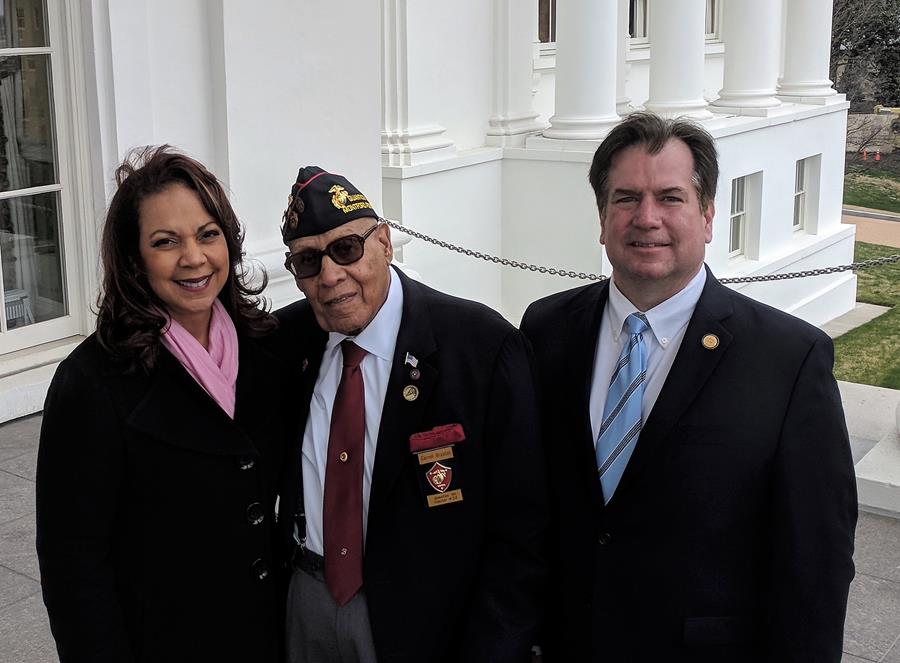 Honored to introduce Master Gunnery Sergeant Carroll Braxton on the House Floor. MGySgt Braxton is a World War II veteran from Manassas and was one of the first African Americans to serve in the Marine Corps. 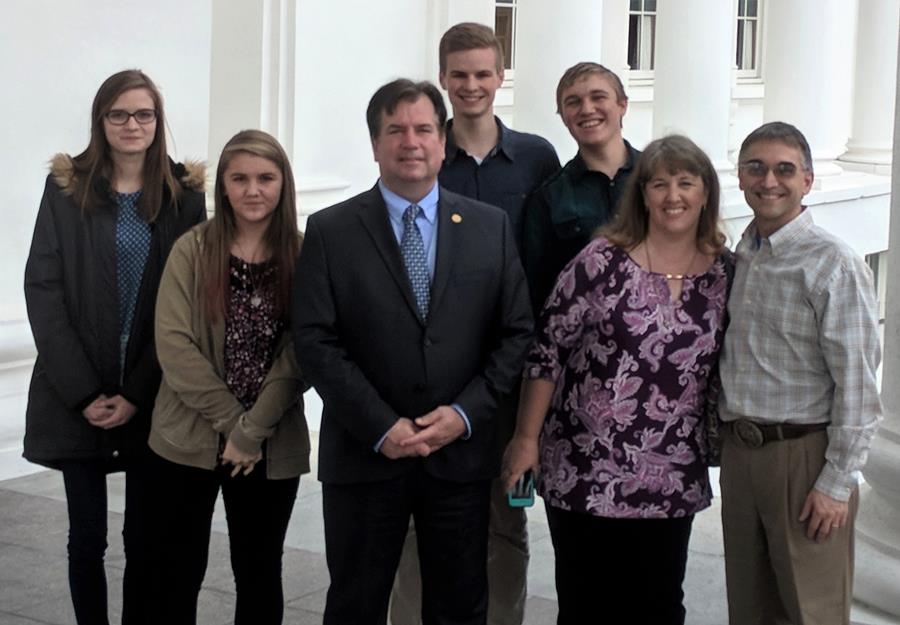 Thank you to the Solomos family from Generation Joshua, who stopped by Richmond for a #TimTour. 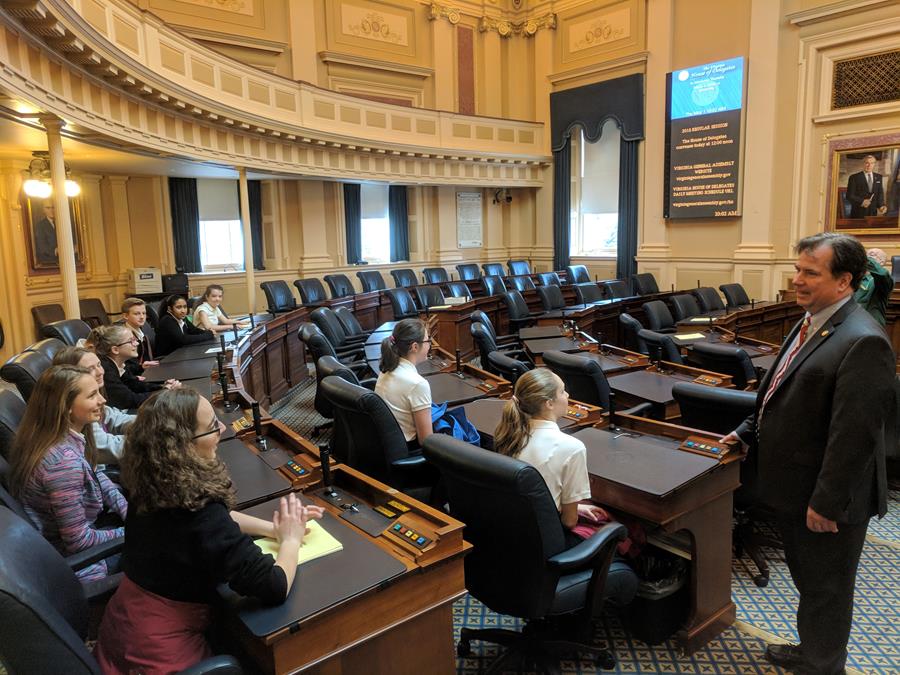 Happy to give a #TimTour to the Angelus Academy from Springfield.

Del. Tim Hugo, R-40th District, has also worked successfully to include language in both versions of the bill to force Dominion to bury a 230-kilovolt power line the company hopes to build through parts of Gainesville and Haymarket. People living along the project’s proposed path have long pressed the company to abandon the transmission line, fearing its adverse impact on the environment and property values, and Hugo offered up this new provision to allay some of those concerns.

To improve electricity transmission and ensure the security of infrastructure, the measure provides that the proposed Haymarket power lines will be put underground. Delegate Tim Hugo (R-Fairfax) stated, “Additionally, I’m happy that this legislation incorporates my three standalone bills that focused on encouraging renewable energy development. This bipartisan legislation will not only provide insight into how we can harden our grid for security and reliability, but will significantly expand our use of renewables here in Virginia.”